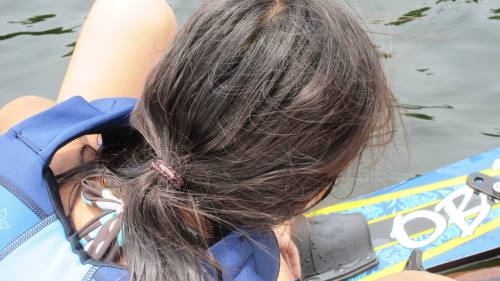 They should be full of joy. But sometimes, if your child has been adopted, they can be wrought full of buckets of tears and an ache so deep, that you can’t get to the bottom of it.  So you snuggle your child up to you, so close that nothing can fit in between the two of you, and listen, trying to absorb the pain. Then, when your child can control the sobbing, you begin to speak quietly, offering out a few “pebbles.” And then you shut your mouth and listen. Perhaps your child begins to speak or maybe the crying starts all over again until your child falls asleep in your arms, spent.

And then it’s your turn, to wipe the profuse tears that have soaked your clothing and your child’s hair. To say silent prayers for strength and wisdom and to thank God for this incredible miracle that has become your child. To ask for guidance in helping your child come to terms with the great loss and grief over that loss.

Some years are better than others. This was a tough one, but not as difficult has many that have passed.

I share this tidbit of “education” with you, my friends, who are not adoptive parents and those of you who are; a birthday is one of the key triggers for the child who as been adopted. What does that mean? It means that in order to have a birthday a child was born. And if that child was adopted he or she was born to someone else and perhaps, like in our family, another country and of a different culture. Upon being adopted that child lost those connections. Forever. The event of a birthday is a reminder of those profound losses.

In advocating for any child who has been adopted, I share this with you to help you be aware, in hopes that you will have compassion for him or her on their birthday. While you may not get the response you expect when them wishing them a “Happy Birthday!” please take it in stride and smile, wishing them well.

Tagged as Birthdays as triggers in adopted children, Loss and adoption, loss and grief

An act sets something in motion, an effect. Sometimes the acts are kind or gentle, such as a hug; to calm,

to bolster or to say, “I love you.” We can observe the reactions and effects of that act—in the posture, emotional engagement or a rewarding smile.

Acts resulting from displeasure, defiance or anger have other effects or consequences, often unforeseen. Sometimes it takes someone getting hurt to understand that there was truly a reason for implementing and sticking to the expectation or rule. Rules don’t exist “just because.” They exist for restraint, control and safety, often based on much consideration. Such is the case in our family.

Punishment is not necessary if the “offender” has a conscience. The fact that someone has been hurt by another’s lack of following through (another type of act—the non-act) should be sufficient. Observing the emotionally or physically injured party is a constant reminder of a job not well-done, or as known within our family, done “half-assed.” A reminder of inconsideration.

And so it was that I was the recipient of inconsideration, of one of my children’s (the-one-who-shall-not-be-named) half-ass job of filling the dishwasher. Upon checking the status of the dishwasher the other day, I found the utensil baskets to be littered with vegetables—corn, green beans and carrots. You know, a little bit is okay; one-third full is not. We have an industrial strength dishwasher, necessary for a family of six, but it isn’t going to grind down and dispose of a half-bag of mixed vegetables during the rinse cycle.

The vegetables and crammed-full dishwasher screamed of, “I don’t want to do this.” (I saw and understood the message, my child. But guess what. I don’t care. Last I knew, you where a member of our family and therefore responsible for pitching in on chores and doing other “memberly” things.)

A long slender ice tea spoon seemed like an easy and safe way to get the vegetables out without unloading dirty dishes. I thought…

Pots and pans do not go into the dishwasher.

Focused in my task of cleaning out the veggies, I did not see that large serrated Cutco knife (it can cut anything) in one of the over-stuffed baskets, next to the basket handle. Blade out, point up. The knife went ripping into and across my finger and knuckle, like butter, well before what I’d done registered. The knife stopped only because it hit bone. Blood began to gush out and I tried to stop it with pressure under cold water, while struggling not to faint. (The sight of blood makes me woozy.)

One of my neighbors bound my cut tightly enough so that I could make it to the doc-in-the-box. The nice doc numbed me up good and insisted I look inside my finger and knuckle after he had staunched the bleeding and before he closed the wound. It was…interesting, taking me back to my graduate days in osteology. Then the doc mumbled something about the tendon involvement. Did I remember about tendons? (Yes.) Unfortunately, I needed to see a hand surgeon (who later declared that my tendon would heal without surgery since the cut was vertical). Yippee.

The doc began to stitch me up. Mother’s Guilt washed over me as I dialed friends on my iPhone, intermittently snapping pictures of the doc’s fine handiwork, asking for help in ferrying my crew safely home from various activities.

The accident could have been worse; one of the kids could have been involved, suffering something worse than a nicked tendon and multiple stitches. I again revisited “the rules” with my crew during dinner the other night, while eating haphazardly with my splinted hand:

Pots and pans do not go into the dishwasher.

As one of the kids started to call the guilty sibling out, we “shushed” her. This child will remain unnamed. We all know.

Heartfelt apologies matter. Forgiveness is just as important. Seeing my child’s conscience at work, being aware of what was supposed to be done and why, is enough for me. Well, that and the fact that doing dishes will be the primary chore for this child for some time to come. I doubt the effort will be half-assed. I might even have this child help me take the stitches out next week.

Filed under Parenting, The International Mom

How About Them Apples?

Sometimes it’s good to have a day off. I made a point to play “hooky” every once-in-a-while when I was a kid (with my mom’s blessing, since she wrote the notes or called my absence in) and as an adult.

I’m a believer in occasionally surprising my kids by taking them out of school, when they aren’t going to miss something substantial, like a quiz or test. Playing hooky beckons a surge of energy and begs that they (and me) be in the moment to embrace the unexpected, to get the most out of it.

And so it was that I pulled the younger two from school, just for the day. We went to an orchard and picked apples (twenty-two pounds of them), biked, went out to lunch, and ate delicious homemade ice cream outside in the sun at the local ice cream parlor.

We also talked. About really important things, like how my son doesn’t like it when a classmate thinks he’s from Africa, “I’m a Guatemalan, Mom. You know, Guatemala is in Central America.” (Yes, I do know that, sweetie…), or how my daughter thinks that the Chinese aren’t so wonderful since they pollute (Don’t we all?) and eat bugs (Most of the world does eat bugs. Actually, we ingest a lot of bug parts in our daily food sources. Oh, yum!). A red flag since she IS Chinese.

My kids are struggling with their multi-identities—having been adopted, being trans- and multiracial—of different 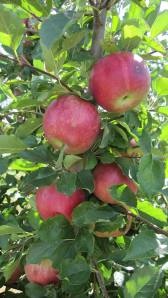 races than their parents and their siblings. They are trying to embrace their races and ethnicities, while embracing being an American. And trying to fit in, to be like their peers. But of course, we’ve got to draw the line there, because, as my dear, wise daughter pointed out, “People think all of us Asians look alike.” Yes, I’ve heard that before and I’ve had people assume that my girls are alike, simply because they are sisters, or because they are Asian. Let me assure you, they are nothing alike. Please don’t make that mistake…

That comment moved us into the concept and discussion of assumptions, a human failing we all have. We examined examples of assumptions we have personally made, right and wrong. Then we delved deeper into when an assumption could create issues for ourselves and others and relationships. Enlightened, to the extent that you can be with eight and ten year-olds, we made our way home where I prepared about two-thirds of the apples for the applesauce that only lasted through mid-day the next day.